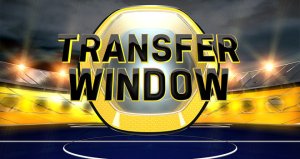 The January transfer window slammed shut on Thursday at 11pm much to the disappointment of the UK media. However they wont be too upset for too long as the stories underneath the transfers that weren’t are still out there to be covered. The press is likely to cover over the next few weeks what exactly happened in the strange transfers of George Boyd from Peterborough to Nottingham Forest and Peter Odemwingie’s move from West Brom to QPR. Neither made the move but both attracted attention for the manner of which their transfers broke down.

For Boyd, it looked like a dream move. New Forest manager has been a fan of the Scotland B striker for some time now, and even made an approach whilst he was the Aston Villa boss to secure his services only to be turned down. This time Peterborough agreed the fee and the player agreed personal terms so all that stood between him and a move to the City Ground was the medical. Little did Boyd or Peterborough know that only a few hours later, the player nad his agent would be heading back to Peterborough in amazement after failing his medical. The reason given by Forest was around Boyd’s eye test, with an issue detected by the Forest medical staff that has been missed by Peterborough’s medical staff for over 5 years now. Ironically the player spend a loan spell at Forest back in 2010, which will leave many to suspect if the eye issue is the real reason why the transfer fell through. Having played over 260 games for Peterborough and known for having an eye for goal ( excuse the pun) it seems difficult to believe that Boyd’s eyes have deteriorated since his 2010 loan spell. The player is disappointed but so is Forest boss Alex McLeish who having spent 3 weeks trying to get the player in, has voiced his public disappointment at the failure of the club to get it finalised. Rumours now surround Nottingham that it was the owners decision to back out of the deal and it may result in McLeish quitting, much to their frustration.

Another frustrating situation was transpiring at West Brom with striker Peter Odemwingie but this time, it was very much the player who was the disappointment and not the failure of either club to get the deal done. Having been the subject of many weeks of transfer speculation including two failed bids by QPR in this months window, the Nigerian striker decided to drive down to QPR on the final day of the window to secure his move, angering his current manager Steve Clarke in the process. West Brom and QPR had failed to reach a conclusion over the transfer and no fee had been agreed but the player believed he could simply force through the move as the final hours ticked away. But the striker was out of luck as he was turned away at QPR and denied entry after Harry Redknapp found out from Steve Clarke about the players movements. Redknapp, a man of his word, gave Clarke the reassurance that no move would happen and that Odemwingie would be sent back with his tail between his legs if he was to show up. He kept his word and the player left angry, taking to Twitter to blast his current club in a move that will surely see the player punished heavily. Clarke has banned the player from training for the next week, whilst he and the West Brom board decide on what to do with their defiant front man.

Whilst some big moves went through, including David Beckham joining PSG, Christopher Samba’s dramatic £12 million move back to the Premiership with QPR or Jack Butland’s transfer from Birmingham to Stoke for £3.5million, the story of the day will likely be around the transfers that never were. Boyd will return to action with Peterborough still puzzled as to why he isn’t pulling on a Forest jersey whilst Odemwingie will be surely wondering what jersey he will be allowed to pull on in the next six months if any and how he will managed to get himself out of this situation. West Brom will not want to hold on to a disruptive player so will either look for an apology from him or if not, a buyer in the summer transfer window.