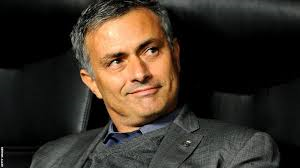 Manchester City and Chelsea have established themselves as the big spenders of the Premier League and because of this, both of them have very impressive squads. Although many managers reject the concept of having a January transfer window, both Peligrini and Mourinho are looking to bring in more troops as they make their assault towards, what could be, the most pivotal title in years. The table couldn’t look tighter at the moment. City hold the lead with 53 points edging Arsenal by one point but the Special One’s side are a lurking threat, sitting in third with 50 points. Both clubs spent greatly in the summer transfer window which turned out to be a record breaking year with the Premier League teams spending £630 million, £130 million more than the previous record made in 2008. These two sides mentioned had a huge input in this and made grabbed some notable signatures.

It seems that both sides have made very successful purchases especially Manchester City with Negredo, Jesus Navas and Fernandinho proving to be the stars of this season. Still, Schurrle has looked a promising player for Mourinho who now has an unbelievable selection of midfielders to choose from, even with the departure of Mata to Manchester United.  Chelsea are just off the pace predominantly due to their stuttered start to the season and their mid-week draw to West Ham was an unusual stumbling block for the Blues. With this in mind, the Londoners have been busy this month acquiring the services of Nemanja Matic for £22 million and recently, Mohammed Salah for £11.6 million. In addition the long awaited saga of where French prodigee Kurt Zouma will be moving to has now been resolved with Chelsea agreeing to pay £12.5 million for the defender now but with the player actually moving in the summer.  Never has Abramovich invested so much money into one single season which could signal that the Blues are in desperate need of bringing the title back down south after three years up in Manchester. Questions could be raised whether these signings have been made to aid Mourinho in the league or in Europe where he is dying to give the fans a trophy he never rewarded them under his first term.

In response, there hasn’t been any activity from the Etihad this month (at the time of posting this article) but several media sources have suggested that Pelligrini will bid for some last minute signings before the window shuts later today. City have been linked with the favourable centre back, Eliaquim Mangala and his Porto team mate, Fernando for a fee believed to be in the region of £35 million. With Vincent Kompany looking more injury prone since returning from his long layoff and with Lescott possibly on his way out, City will need extra strength at the back if they are to stay on track for the title. The results from this transfer window could be influential in who wins the title this season which is the closest race it has been for a while with a number of teams in touching distance. This is a huge game of chance for these two sides with so much money being invested into their campaigns and the loser will have to face the bitter consequences. Liverpool and Arsenal have become aware of this but are still looking to bring in some fresh faces too. But all the attention will be focussed on Manchester City and Chelsea who clash on Monday in a huge game at Eastlands which could break City’s 100% home record and may possibly swing the odds in Mourinho’s favour.