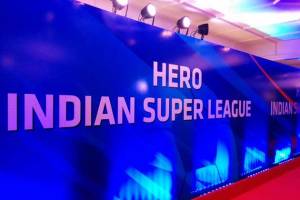 In just over a month’s time, the inaugural season of the Indian Super League is set to begin with anticipation in the country reaching fever pitch. The league, which comprises of eight teams, was founded last year in a bid to make football into one of the top sports in India and put the country firmly on the international footballing map. Set up to run similar to the MLS, the league operates based on a franchise system in an attempt to get some of India’s wealthiest individuals to participate and back it. The idea has worked with Bollywood stars Abhishek Bachchan, John Abraham and Ranbir Kapoor joining cricketing legends Sourav Ganguly and Sachin Tendulkar in taking out stakes in the clubs. They are supported by some of India’s biggest companies such as DEN Networks and Videocon who have added financial clout to the projects. Associations with clubs across Europe have also been established with Spanish champions Atletico Madrid, Italian side Fiorentina and Dutch giants Feyenoord partnering with individual clubs, offering them technical support and guidance in the development of the team over the next few years. With a sponsor in the form of Hero Motorcorp coming on board (effectively renaming the league the Hero Indian Super League) and a TV network (Star Sports) committing to broadcast the games, the league was established with all that remained was to build the squads.

Each squad would comprise of 22 players with a minimum of 14 Indian players in each one in order to protect and grow the national identity of the league. A further rule of having four players from the city that the team was based in was also created to instill regional pride in its teams and allow fans to cheer on local heroes. The remaining 8 players could be signed from anywhere in the globe with each team allowed to select only one as their marquee or star player. Two drafts were introduced, one held in late July for only Indian players which included the entire Indian national team and a second weeks later for foreign players. India midfielder Lenny Rodrigues became the first player selected by FC Pune City and will go down in the record books as the first ISL player in history. However it was the selection of the foreign players that has attracted the most interest from the global press. A host of well known names were amongst the draft including former Newcastle striker Michael Chopra, French defender Bernard Mendy, Spanish striker Jofre Mateu, Swedish midfielder Bojan Djordjic and Canadian international Iain Hume. Michael Chopra was the first player selected in a move that excited the former Ipswich striker. He is keen to move to India in order to gain his citizenship so that he can fulfill his dream of playing international football for India. England born Chopra qualifies through his grandparents who hail from the country. With the drafts completed the last thing that remained was for each club to select its marquee player and the manager.

Atlético de Kolkata was the first team to make its move appointing Antonio López Habas as its new manager and signing former Liverpool and Atletico Madrid winger Luis Garcia as its marquee player. Not to be outdone, Guwahati side Northeast United revealed 2010 Spanish World Cup winner Joan Capdevila as their star player, hiring former New Zealand boss Ricki Herbert as their new coach. FC Pune City responded by bringing in Italian Franco Colomba as their manager and World Cup winning striker David Trezeguet whilst Delhi Dynamos FC opted for Dutch coach Harm Van Veldhoven and Italian superstar Alessandro Del Piero as their choices. Sachin Tendulkar’s Kerala Blasters FC surprised many by selecting former England goalkeeper David James as both their new manager and marquee signing, who at 44 years old becomes the league’s oldest player. James will be joined in the league by fellow countryman Peter Reid who along with assistant Steve Darby have agreed to manage Mumbai City FC. Having previously coached in Asia with the Thailand national team, the 58 year old has experience working in the region and is looking forward to the challenge. His first job will be to select a marquee player as Mumbai are one of three teams still to do so. The other two teams are FC Goa, who will be managed by Brazilian legend Zico and the Abhishek Bachchan owned Chennai Titans, who are yet to appoint a manager or marquee player but have been linked heavily with Brazilian Ronaldinho. The former Barca star is on the lookout for a new club after leaving Atlético Mineiro and the chance to play in India may appeal. A move looks likely given that the only other club to make a formal bid for the player has been Basingstoke Town. The audacious move by the English Conference South side is likely just a PR stunt but contact has been made with the player’s agent and an offer tabled.

Regardless of whether Ronaldinho joins or not, the inaugural Hero Indian Super League kicks off on the 12th October with the match between Atletico de Kolkata and Mumbai City FC. The season runs only until the end of December as in a move designed to encourage high sustained viewing figures, the league is taking a different format to its matches with a game being played almost every day from October to the end of the year. With interest in football in India at a record high during this summer’s World Cup, league organizers are hoping to capitalize on this hunger for the sport and make it as popular as cricket is. Like the MLS’ debut season, much will rest on the quality of the football on show and less so on the spectacle. Time will tell if the league has the sustainability that league like the MLS and Australian A- League have or whether India will have to go back to the drawing board once again in order to finally join footballs elite leagues.

For more info on the league, check out the official ISL website: http://www.indiansuperleague.com/