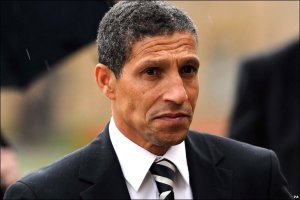 With the pressure mounting on Alan Pardew at Newcastle, the clubs fans are looking towards who could potentially become their next manager. A familiar name keeps reappearing on the fan blogs that of former boss Chris Hughton with speculation about whether he could return to the club to save it from its current predicament. Hughton has established himself as one of the game’s best managers after successful spells at Newcastle, Birmingham and Norwich but finds himself now unemployed and struggling to find a job. Why such a talented manager is struggling is unknown but there is a growing concern that Hughton may be discriminated against due to the colour of his skin. On a recent Football Focus Forum segment, former players Paul Ince and Dion Dublin joined hosted Dan Walker to discuss the issues of a lack of black managers in the English game.

Ince, who has managed at Blackburn and Blackpool recently, wants to see the introduction the “Rooney Rule” which is used in the NFL. Named after Dan Rooney, the owner of the Pittsburgh Steelers, the rule was established to ensure that minority coaches, especially African Americans were considered for high level coaching positions. Whilst it doesn’t mandate teams to interview a set amount of minority coaches, it actively encourages clubs to not discriminate on any level during the hiring process of its coaching staff. The rule has had a significant impact since its introduction in 2003 with the overall percentage of African American coaches jumping to 22% from 6% prior to the Rooney Rule being implemented.

Ince’s comments come on the back of interview with PFA chief executive Gordon Taylor who suggested that there is a hidden resistance preventing black managers from getting jobs in English football. He too is pushing for the Rooney Rule to be discussed as an option for how to tackling what he sees as a growing problem affecting the game. It’s an issue that warrants discussion based on the fact that only two managers (Keith Curle and Chris Powell) out of a possible 92 in the English leagues are of colour.  Taylor has been critical of the Chairman of the Football League, Greg Clarke saying that if he is unwilling to bring up this rule for further discussion at their next annual general meeting then the government should intervene to help instill a greater equality in football at all levels of the English game. Clarke is facing increased pressure to resign with former players like Jason Roberts and Garth Crooks calling for him to go following his failure to bring it up at the last general meeting in 2013. Tackling this issue head on rather than ‘sweeping it under the carpet” as Paul Ince calls it should ensure change is made at the highest level and in turn should give not only black candidates but other minorities a fair shot as jobs in football. Any coaching appointments, including manager positions should be done based solely on the  suitability, qualifications and experience of the candidate with no thought or consideration to race, sex, religion or disability in the decision.

Racism and prejudice based on colour has no place in the game and if this is happening as clubs decide who should be their next manager then it needs to be investigated and action taken. However proving this is the case is extremely difficult unless physical evidence is obtained with the decisions of who to be appointed usually falling to either the owner or another senior member of the clubs management team. In their search for a new manager, Fulham have taken a different approach by appointing a committee of five people, including former players Danny Murphy, Niall Quinn and Brian McBride to screen and interview all candidates before making a final recommendation to owner Shahid Khan. It’s a novel approach but one that may work as this approach should even the playing field for all the candidates and ensures that the club hires the best person for the job based on skill set and qualifications rather than the opinion of one individual. Ince, Dublin and Roberts all agree that any black coach that is applying for any position in the game must have the right qualifications and must have done the necessary coaching badges to be considered. But they argue that if they do, they should be given the same odds of getting the role as anyone else. In no way are they suggesting or demanding that more black managers be hired, but only to be given the same consideration as other candidates. The introduction of a rule similar to that of the Rooney Rule would help pave the way for a more transparent and open recruitment process, with the hope that it has the same impact as it has had in the NFL.