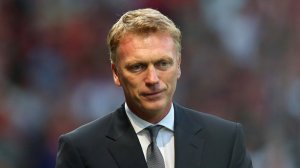 Real Sociedad could be set to offer David Moyes a route back into football management after they sacked their coach Jagoba Arrasate at the weekend. Moyes, who has been out of work since his sacking by Manchester United in May has had several job offers over the past few months but none have appealed to the Scotsman. But a move to Spain with Sociedad could prove to be compelling enough for Moyes to end his forced sabbatical. With a young, talented yet raw squad Sociedad are a perfect fit for Moyes who will be able to craft them into a tough to beat side much like he did at Everton and Preston.

Moyes would be following in the footsteps of Horace “Harry” Lowe, John Toshack and Chris Coleman who both had spells in charge at the Anoeta Stadium. The Spanish clubs love affair with British coaches began back in the 1930’s when Lowe was appointed. The former Tottenham and Fulham centre half managed the club for five years before leaving to manage RCD Espanyol for a further campaign. It was 50 years later that John Toshack arrived for his first of three stints in charge. In total the former Wales boss held the top job at Real Sociedad for nine years and during that time led to their first Copa del Rey success in 75 years. After the club sacked Miguel Angel Lotina in June 2007, they turned once again to Toshack who rejected their advances but did recommend that they take a look at another British coach, fellow Welshman Chris Coleman. Having been sacked months earlier by Fulham, Coleman jumped at the chance to manage the then Segunda Division side and duly signed a contract with them on July 1st 2007. Coleman’s spell in charge, much to contrary belief was successful in Spain and his departure was only the result of the club electing a new president who wanted to return the club to its Spanish roots. Now managerless once again, Real Sociedad are eying up a return to the UK for their fourth British manager with Moyes identified as the man to take the club to the next level.

Despite struggling in La Liga this season, Sociedad have all the ingredients necessary to be successful. With an exciting mix of youthful exuberance and established seasoned professionals, Moyes would inherit a squad that requires little tinkering in terms of personnel but in desperate need of tactical guidance.  Funds will be available during January to strengthen the squad but the need for new faces is not so apparent when you look at their squad. In defence, Real Sociedad has one of Spain’s hottest prospects in Inigo Martinez. The 23 year old centre half has been on the cusps of greatness for a while now with a move to Barcelona on the cards before Gerardo Martino was dismissed. Now a full Spanish international, Martinez is one of many hot young prospects at the club. Midfielders Ruben Pardo and Pablo Hervias have impressed so far in what has been a difficult campaign whilst up front Iker Hernandez, who hasn’t played so far this season is itching to show exactly what he can do. Helping these youngsters mature into better players would be a key part of Moyes role but he would be supported well by defenders Carols Martinez and Dani Estrada and influential captain Xabi Preto. At 31, Preto is the heart and soul of the club having been at Sociedad for his entire career and is the perfect player to help Moyes craft the side if he gets the job. Upfront, Sociedad have the fire power to get them back up the league with former Arsenal striker Carlos Vela leading the line alongside Icelandic sensation Alfreo Finnbogason or Spaniard Imanol Agirretxe.

Unlike the pressure he faced at United, there are little expectations on how Sociedad will perform this season. Currently sitting in 19th in La Liga, it looks like a grim challenge however the season is still fairly fresh and the gap between the bottom three and mid table remains realistic at only 6 points. That is not to say that the club has no ambitions and rightly believes that a Europa League place is well within their grasps. With a new manager installed and a new direction to their play, Real Sociedad will be expected to climb up the table and back to a more realistic place among Spain’s top clubs. The offer has yet to be made to Moyes but for the Scot, it could be the perfect position for him to ease back in to the game.