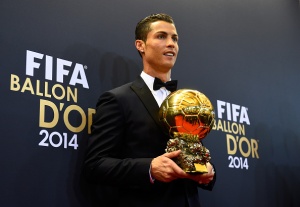 The leaked list of this year’s Ballon d’Or nominations has yet again thrown up some surprise inclusions. The 59 man long list for the 2015 award will be eventually whittled down to a shortlist of 23 names of which the winner and two runners-up will be chosen. There are the standard names of world football on the list including last years winner Cristiano Ronaldo, four-time winner Lionel Messi plus regular nominees Manuel Neuer, Robert Lewandowski, Gareth Bale, Zlatan Ibrahimovic and Eden Hazard but its the inclusion of other names that has many scratching their heads. However all of the names on the list deserve to be there based not only on current form but on past performances throughout this season and last including both domestic and international appearances. We look at three of the “surprise” names below and examine exact why deserve to be included in the list.

Christian who is what most people will be asking but the Chelsea winger who is currently on loan at Bournemouth arguably deserves his spot based on his performances at the African Cup of Nations in January. Atsu may be only 23 but is already a fundamental part of the Ghana squad. With 30 caps already since his debut in 2011, Atsu’s impressive wing play and dynamic running inspired Ghana as they marched to the final. Despite losing to the Ivory Coast, Atsu won the player of the tournament prize scoring twice including the goal of the tournament against Guinea. Yet to play a single minute for Chelsea since his move from Porto in 2013, Atsu has become yet another loanee in the Chelsea machine spending time at Vitesse in Holland and Everton last season. Now at Bournemouth under Eddie Howe, Atsu is keen to impress and potentially secure a permanent move. With Max Gradel ruled out for six months, Atsu may get that opportunity to dazzle Howe and in addition show Jose Mourinho exactly what he is missing.

A year ago, Massimo Luongo was toiling away in the third tier of English football with Swindon but 2015 has proven to be a defining year for the 23-year-old. The former Tottenham reject was already impressing visiting scouts to the Country Ground when he received the call up to be part of Australia’s Asian Cup team in a move that would help him secure not only his next transfer but the Ballon d’Or nomination as well. Like Atsu, Luongo was in spectacular form as Australia stormed to their first ever Asian Cup title in front of a packed home crowd in Sydney. Luongo’s exploits at the heart of the Australian midfield earned him the Most Valuable player award after scoring two vital goals and playing a key role in several others along the way. Back in England, his form continued as he help Swindon to a play off final appearance only to suffer heartache when beaten by Preston. That heartache wouldn’t last long as Luongo secured a move to newly relegated QPR in the Championship. With lofty ambitions to return to the Premiership quickly, we may just see Luongo back in England’s top division sooner rather than later. Likely nominated by former Australian international Harry Kewell who is now part of the selection committee for the Ballon D’or, Luongo may have been given the nod for his exploits for the Aussies but in truth his performances through last season with Swindon also helped merit his inclusion.

Arsenal fans are still annoyed by David Ospina inclusions in their opening two Champions League fixtures this season ahead of new signing Peter Cech. After two defeats, with Ospina partly responsible for errors in both games, Arsenal now have a mountain to climb if they are to get out of the group stage. So news that Ospina has been included in the Ballon d’Or list will be a major shock to the Gunners faithful. Beating Gigi Buffon, who not only won the treble in Italy but also help Juventus to the Champions League final may be questionable but Ospina has done well int he past few years at both club and international level. He has cemented himself as Colombia’s first choice goalkeeper with a series of fine performances including helping them to quarter-final appearances at both the World Cup last year and this years Copa America. At club level, Ospina had dethroned Polish number 1 Wojciech Szczęsny as Arsenal’s first choice goalkeeper and looked too have cemented that spot before the arrival of Peter Cech this summer. Ospina helped Arsenal to cup wins in both the Community shield and FA Cup last season as well as guiding Arsenal to a third place finish. But with all goalkeepers, Ospina is judged on his last performance and if the team loses especially to lesser opposition, questions are always asked about how the goalkeeper played.

For the three players above, being recognised on this list is an accomplishment especially considering some of the names of players who missed out. Spare a thought for Manchester City duo Joe Hart and David Silva or for that note Bayern Munich captain Philipp Lahm. Fellow German Marco Reus and new Bayern teammate Douglas Costa also missed out as did Arda Turan, Sergio Busquets and many others who could quite have easily have made the list. For each of the 59 names mentioned on the list, the next few months will be about receiving the adulation from your fellow professionals until the list is cut down in December. Even if they don’t win, the players on this list including the three above should all be proud of their accomplishments and revel in the fact that they have been recognized by the world of football as one of the best players in the game today.