Like most kids my age, I grew up wanting to play football. Every waking moment outside of school was spent thinking about it or indeed playing football either with my older brother or with friends at one of the various parks near to where we lived. The home phone ringing usually indicated the arranging of yet another game and would result in me hastily grabbing my gear and running to where it was to be played. I lived and breathed football. To say i was obsessed with football is an understatement and that obsession continues today although on a more tempered basis. 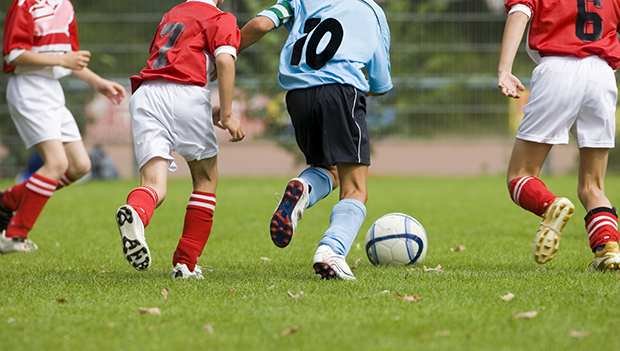 From the age of seven until i was nineteen I played for a variety of sides including my school teams, boys brigade, college side and of course my local junior team, Largs Colts. Throughout those years i learned from a variety of coaches and managers, most of whom were volunteers, some with experience and some without. Those twelve years would be the start of my football education, an education that i thought was gospel. Little did i know that what they were teaching me was wrong.

I was usually deployed at full back or in midfield depending on the team i was appearing for and the strength of teammates around me. The positions may have altered but messages did not. Winning was the number one priority. Keeping a solid backline and getting the ball forward as quickly as possible was a close second. I will never criticize the coaches i had growing up but the messages i received at a young age were simply misguided. One of my coaches favourite phrases that he used week in, week out was “If in doubt, punt it out”. I spent the better part of four years thinking that defences must be a rigid line of four and that simply swinging a leg at the ball to get it out was good enough. I can still hear my coach screaming from the sidelines to push up as a backline but never to venture over the half way line. Full backs must simply not cross that line. This message more than any other confused me the most as i would watch games on television where the full back would advance beyond the half way line and indeed sometimes into the opponent box. How could they do this? Were they disobeying the managers orders?

It’s only now as an adult that i can review my early football education with skepticism. Coaching is complex to be fair but at its core must be done right. It must serve as an education for players giving them the tools they need to be successful not just to win. Winning is not everything and in a world where we are gradually creation a generation who are devoid of losing, it should be welcomed as a normal part of life. Participation ribbons for everyone does not create winners, it creates problems long term. Football coaches must be teaching kids that there are many ways to play the game with the core basics forged in having fun and playing as a team. Individual brilliance can come later but not at the expense of the collective team.

If done correctly, coaching can unlock the potential in children and let them shine. Instead of screaming to get the ball up the field, talk to them and encourage them to get the ball down on the ground, under control and then look for the pass. Instead of insisting on just getting a head on it, tell them to look at how players like Virgil Van Dijk heads the ball – always with a purpose and towards a play. Educate them on formational options and the need to be able to adapt. Rigid should not be in the vocabulary. My re-education started as an adult as i watched and read more about football. If i could go back to when i was a kid and play the game with the knowledge i have now, i may have been a better player, i would definitely had a bit more fun and without doubt would have ignored my coach and ventured over that half way line.