Cristiano Ronaldo has been a household name for the best part of 15 years. Introducing himself as a slender winger with a penchant for the unexpected. Raw pace, step overs and flicks were his trademark along with his patented ‘Ronaldo Chop’. We still get flashes from time to time, but not the same frequency. This has been the key to his longevity. Over the years, he has adapted his game in order to stay effective and decisive at the right time. I will detail those changes and the reason, in my opinion, why they were made.

The first real evolution we saw in Ronaldo came after the 2006 World Cup. He came back from a very public falling out with Wayne Rooney. He began adding goals to his game. 17 league goals and 15 assists and 23 goals and 20 assists in all competitions was a massive increase on the previous season (12 goals and 9 assists all comps). The next season was a sign of things to come. His first 40+ goal season and first 30+ league goal season, at 23 years old. Rene Meulensteen, then United coach, instilled into him the idea that a goal was a goal, no matter how it looked. His desire to score the ‘perfect’ or ‘beautiful’ goal diminished and the more cliche ‘number 9’ goal became instinctive. This advice would follow Ronaldo and serve him well later in his career.

After earning a deserved move to Real Madrid, the progression of his playmaking and goal scoring culminated in what was, what I believe, peak Cristiano Ronaldo in the 11/12 season. In his first two seasons he recorded 33 goals and 12 assists in 35 games and then a career-high 53 goals and 18 assists in 54 games. All that built up to 11/12 where Ronaldo was virtually unstoppable. Lighting pace, ridiculous long shots, otherworldly aerial ability as well as the ability to create for team mates. He was the complete attacker. 60 goals and 15 assists in 55 games on the way to a league title as well as the goal which practically sealed it at the Nou Camp. A truly monstrous season. His first three seasons at Los Blancos brought 146 goals and 45 assists in 144 games.

After 11/12 I feel Ronaldo physically peaked. The two seasons after were slightly less dynamic in terms of lung-busting runs down the left wing, thought still there, he started to focus his area of influence closer to the goal. Wear and tear on his body as well as reoccurring knee issues meant he had to manage his bursts. His productivity didn’t suffer though, 55 goals and 13 assists in 55 games in 12/13 and 51 goals and 17 assists in 47 games in 13/14 including a new record 17 champions league goals in a season. Slightly down on 11/12, but that made it 4 consecutive 50+ goal seasons in a row – a feat not even Messi could manage.

This brings me nicely onto his final evolution. One I like to call, Second Striker Cristiano. This evolution began in Ancelotti’s first season as he experimented with an asymmetrical 433 formation where, out of possession, Ronaldo would stay up with Benzema to make a front 2 and Bale would drop to make a 4 across midfield with Di Maria/Isco on the left. This took the defensive responsibility from Ronaldo keeping him high to save energy as he aged, but most importantly, finish moves. 14/15 was the real catalyst of this and proved to be his most productive season of his career (61 goals and 22 assists in 54 games) – a lot of them being one touch finishes in the box. Clever movement and deadly precision honed after years of scoring goals made the transition seamless and birthed a new animal at the age of 30. One who lived and breathed goals and clutch moments.

The subsequent seasons, like previously, were used for adaptation. Despite Benitez’s best efforts and knee injuries Ronaldo still managed 51 goals and 15 assists in 48 matches and a second Champions League in three years in 15/16. Although performance wise it was and still remains his worst season, to me. However, it did set the precedent for the level of violation the champions league and those in it were about to receive. 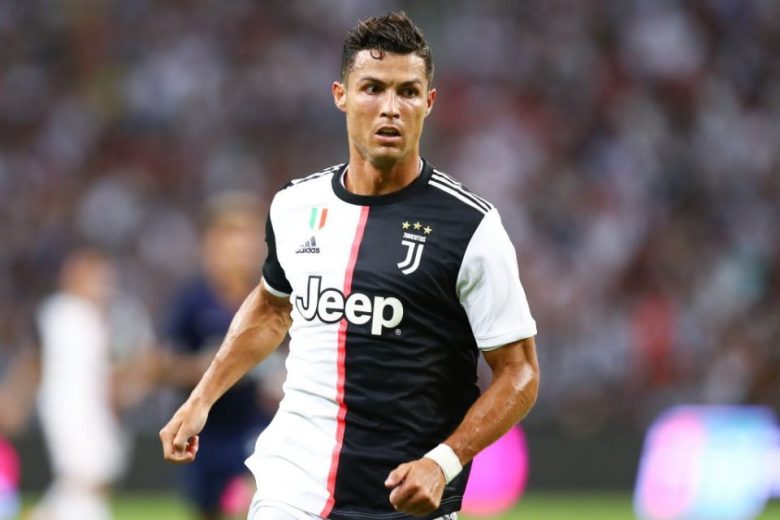 Zidane’s last two seasons of his first Madrid spell were considered a huge success. A league title and retaining the Champions League in the first and repeating the feat the season after was down to three factors, managing egos, luck and Cristiano. By now Zidane favoured variations of a 442 (either flat or in a diamond) focusing on getting the ball wide to full backs to cross into the box for Ronaldo to finish. The now 32 year old scored was a penalty box bully. Headers, penalties and one touch finishes were his weapon of choice and defences were terrified. 42 goals and 11 assists in 48 games in the first, along with a record 10 knock out stage goals and back to back hat-tricks against Bayern and Atletico. Not bad for an old man. The next season was a mixture of spectacular and disappointment. 44 goals and 8 assists in 44 games as well as the records of scoring in every single champions league group game, most consecutive champions league games scored in (11) and a run of 22 goals in 12 games from January to March in all comps, was enough for Ronaldo to bow out of Real Madrid a legend, in my opinion, their best ever player and their all time scorer with 450 goals and 131 assists in 438 games.

Ronaldo adapted to the demands of his team and later body in a bid to maintain the levels he and his team expected of him. Over 600 club goals later and countless honours and he is still going at the age of 34. Surely he can’t do it again?