Inter before Conte was under the leadership of former Roma manager Luciano Spalletti who lead Inter to back to back fourth place finishes along with getting them back in the Champions League for the first time since the 2010 season. He was signed on contract until the 2020 season. But after him finishing in the same position two seasons in a row without improvement, his future with the club was uncertain. After the 2018-19 season ended, Inter decided to part ways with Spalletti and started the search for a new manager. 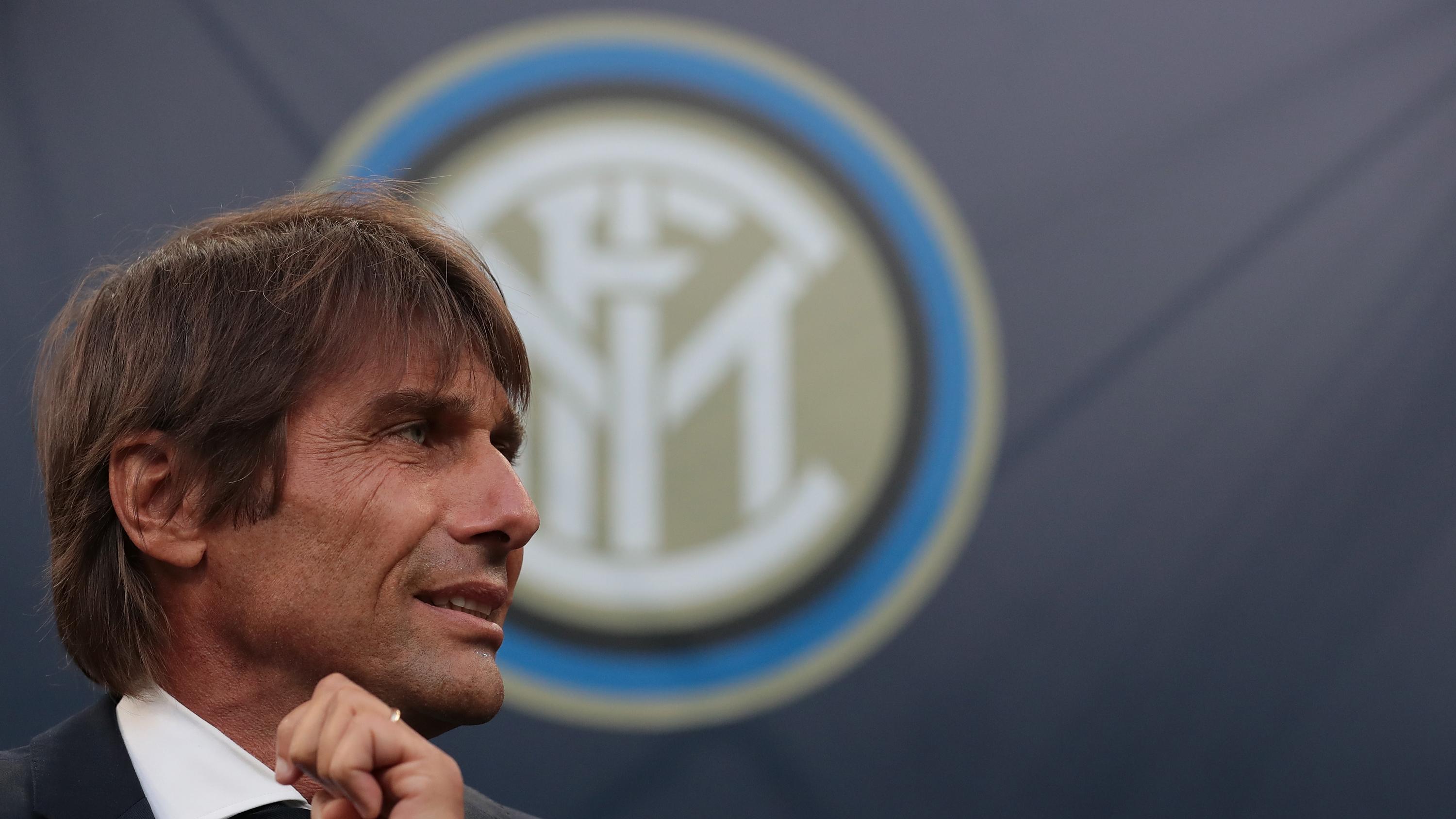 Inter drew up a short list of potential candidates for the position that included Conte as well as others such as Zinedine Zidane and Maxi Allegri. After a few short weeks Inter finally choose their man for the future and the only person they thought could take the club to the next level, Antonio Conte. To be fair, Conte has had a very successful career with a variety of clubs so the decision made a lot of sense. His career really took off is when he debuted as manager for Juventus on May 11th 2011. He replaced then manager Luigi Delneri  and was given high expectations to succeed as he has a history of playing for the club as a midfielder and had winning things. In his In his first ten months he made a huge impact, helping them tie Fabio Capello unbeaten run of 28 matches with AC Milan during the 1991-92 season. In 2012, Conte lead them to a Coppa Italia final which was the first time since the 2004 season. In the same year he completed the the league double against Inter and he was awarded the Trofeo Maestrelli which is the highest honor given to the best managers in the league. Capping it all off, he lead them to their 28th league title, despite drawing a lot of their matches that season.

In the following season he lead them to their next title in remarkable fashion, losing only once to Napoli in the Coppa Italia. Despite winning three back to back league titles, success in Europe eluded him at every turn. Juventus were eliminated from the Champions League but managed to reach the semi finals of the Europa League in the 2013-14 season. In July 2014 Conte thought it was best to part ways with the club despite winning three Panchina d’oros for best Serie A coach of the season. He would then manage the Italy national squad before signing as manager for English club Chelsea in 2016 on a three year contract. He started that season with authority perfecting a new 3-4-3 formation which starting in match week 7 lead to a 13 game unbeaten run, tying Arsenals record set back in 2002. That run came to an end against rivals Tottenham in early January. The remarkable unbeaten run resulted in Conte being named EPL manager of the month three months in a row, which at the time was a league record. In the 2016-17 season he lead them to a League title but lost out on the double to Arsenal a few weeks later in the FA Cup final. After the season he signed a two year contract extension which was to end sometime this year.

The following season he was able to win the FA Cup beating Manchester United 1-0. But he finished the 2017-18 season in fifth place missing out on the Champions League resulting in the club making the decision to part ways with Conte as his performance with the club was slowly on the decline. Over the past year it was uncertain with what would happen to him as he has been out of work. With Spalletti’s future unclear they parted ways with him, laying to rest the rumours being circulated about a replacement being sought and signed Conte on May 31st 2019 on an unknown length contract.

Conte has several plans and ideas for the future for the club. First and foremost he is trying to make the locker room a drama free zone. This is why he is trying to sell Icardi after his loan with PSG (which maybe happening as Icardi has shown interest at staying in France). This is because Icardi and his wife tended to be the centre of a lot of drama not just with management but with other players as well. This created  an issue due to the friction between players and management which led to poor performance on the pitch. This is a thing Conte is trying to avoid since he wants the club to be at it’s best and players working well together would help the clubs image as well. Another plan of his for the club is to get Inter another Scudetto which they haven’t seen since the 2010 season. He said he is trying to accomplish this goal within the next three seasons which is very attainable. These are all reasonable expectations; he is known for achieving the goals he sets for himself and his team. He also is trying to get Inter a European title as well though despite struggling there in the past.

Inter so far under his leadership have accomplished quite a few things. Firstly he has achieved his goal of having a drama free club. There hasn’t been any issues of incidents coming from the locker room. The players seem to be getting along well along with the players and management. Relationships and the team have never been stronger. Also no player has been charged with fines in regards to being late for training sessions. This is all down to Conte’s strict training regime. They workout daily and they practice various formations, agility and speed exercises etc. This helps kept them in shape preventing issues of stamina and weight gain. Also the 3-5-2 formation he has implemented has worked well despite having some draw backs. This formation as worked well against lower and mid table teams but against some of the stronger teams it falls flat where the extra defender in the back would come in handy such has a 4-3-3 formation. The problem with some of his tactics is he makes substitutions at the wrong times for example he brings off Argentine striker Lautaro Martinez after seventy minutes into the match when goals are imperative  or he brings a key player off for a player of weaker status. This in my opinion is why Inter have lost points and have seen them drop in the table. One thing to also note is that he is not bringing in fresh starters. He tends to play the same starters week after week which leads to fatigue and player exhausted and is one of the reasons I think they struggle in European competitions.

Overall Conte may not win the Scudetto in his first season out which was to be expected given the changes he needed to make. But to go from title contention to falling to third is a major disappointment. But the positive is they kept the battle for a good chunk of the first part of the campaign which is an accomplishment because during winter they went on to lose or draw seven plus matches in a row so to see the fight until the first few matches of the second half of the season is huge. If I were to give Conte a ranking out of five stars one being bad five being excellent, I would give him three and a half stars. He has made strides getting Inter in a positive area in way of keeping things civil in the locker room and keeping them in shape. But he still has work to do in way of tactics if he can adapt with formations and making smart substitutions Inter have a chance at winning a title in the near future. In conclusion Conte has a bright future with the club and who knows what his future will hold.

Post by Danielle Luhrsen, writer for The Galleria of Internazionale Milano.